It seems other hotel guests had tickets for breakfast. After trying another place without success, we headed out as the staff indicated there was a cafe in 2km. So, do not lose heart nor stomach.

The immediate route out was through a forested trail. At the end, we saw a ‘white cross’ (so called based on the design, not the color). It seems there was a witches coven in the area, which was the reason for the erection of said cross.

The cafe was open (which is unusual so early in the morning unless it caters to pilgrims), and there were a handful of other pilgrims. We had our yogurt, cafe con leche (i.e. latte) and shared a pastry.

The walk was through farms, open grounds and forested trails. There were rocky stretches, with loose stones, jutting rocks and rocky ridges. When latter was pointed downwards with the slope, that would have been tricky to navigate. Do take note if you had harbored the thought of wearing open sandals. Some hikers prefer lightness of footwear to the sturdiness. I can assure you one of my ankles was feeling a bit stressed from today’s walk. 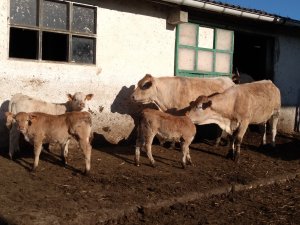 We passed a farm shed where cows were. 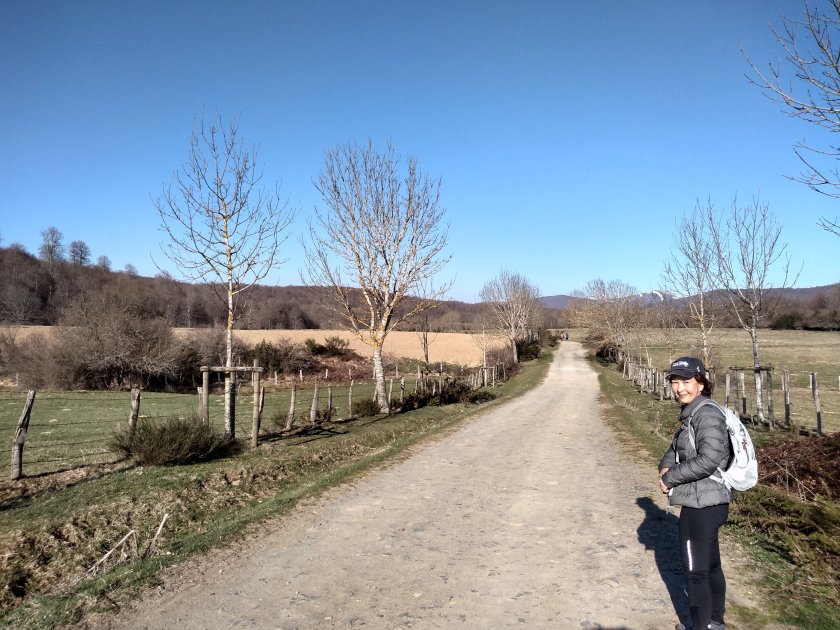 The trail out into the countryside 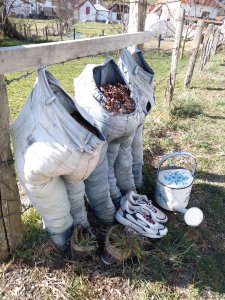 The Re-Use part of the 3Rs 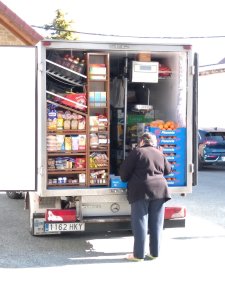 A mobile shop. Makes sense for a store to come out to all the remote village residents, than the other way round.

The story to this picture. Note how sparse the tree branches are. How little green undergrowth there is. Yet, there were many birds chirping away. 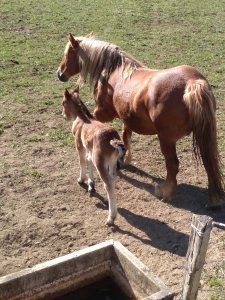 Mother and colt were drinking from the water trough until I got too close! 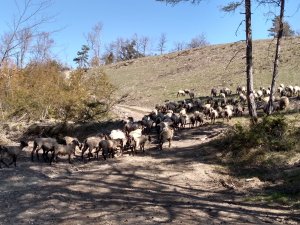 We came across a herd of goats. Not a handful that we usually see grazing on a slope, but a whole herd. The shepherd must be somewhere! 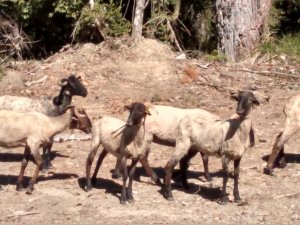 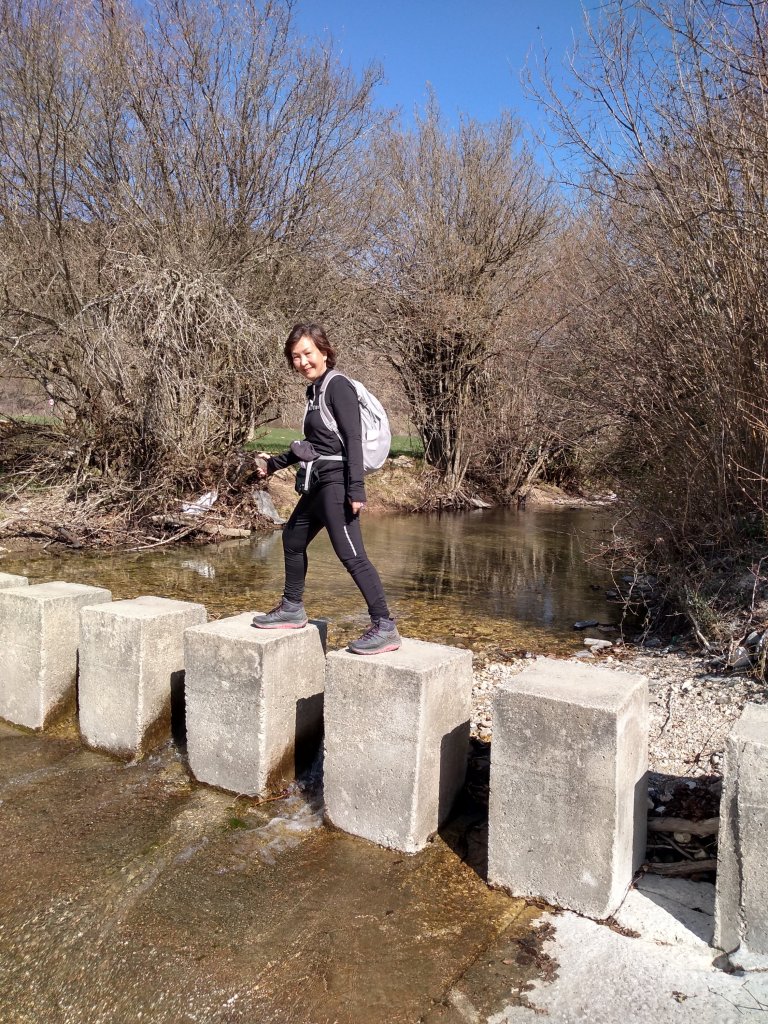 We thought we would stop for lunch before reaching Zubiri to avoid the siesta hour. But the smaller villages before Zubiri are not set up for pilgrims. Once we checked into our Zubiri albergue, we thought it would be a good idea to have lunch. We let the other couple who checked in a few minutes later have use of the bathrooms, thinking it’s no big deal.

We returned to the albergue to a massive crowd in the dormitory! Yikes! The loud chatter prompted me to quickly check to see if any double rooms were still available. Our luck was not in. We were the first to check into this albergue too.

That’s life, isn’t it? Sometimes, opportunities knock, and we think we have the time to respond. Sometimes, we don’t look far enough down the road. But holding the regrets is basically tearing the band aid from the wounds repeatedly. Perhaps this is a teachable moment for a bigger opportunity knock in the future.

So, the afternoon is carefree. To catch up on silent time. On reflection time. On journalling. On figuring the list of “Let-Go’s”.

We will have a simple meal tonight and turn in.

PostScript: As I needed access to power for my travel CPAP, we decided to choose two lower bunk beds. I swapped the lower bunk bed with Joon, as the pilgrim who was resting in her upper bunk bed in the afternoon, seems to dream a lot of action movies. That premonition was correct during the night. That gentleman has vivid dreams, where it’s not just turning over on his side, but violent arms and legs movements that shakes the bunk beds. I have the ability to get back to sleep almost immediately. In future, we will share one upper/lower bunk bed.