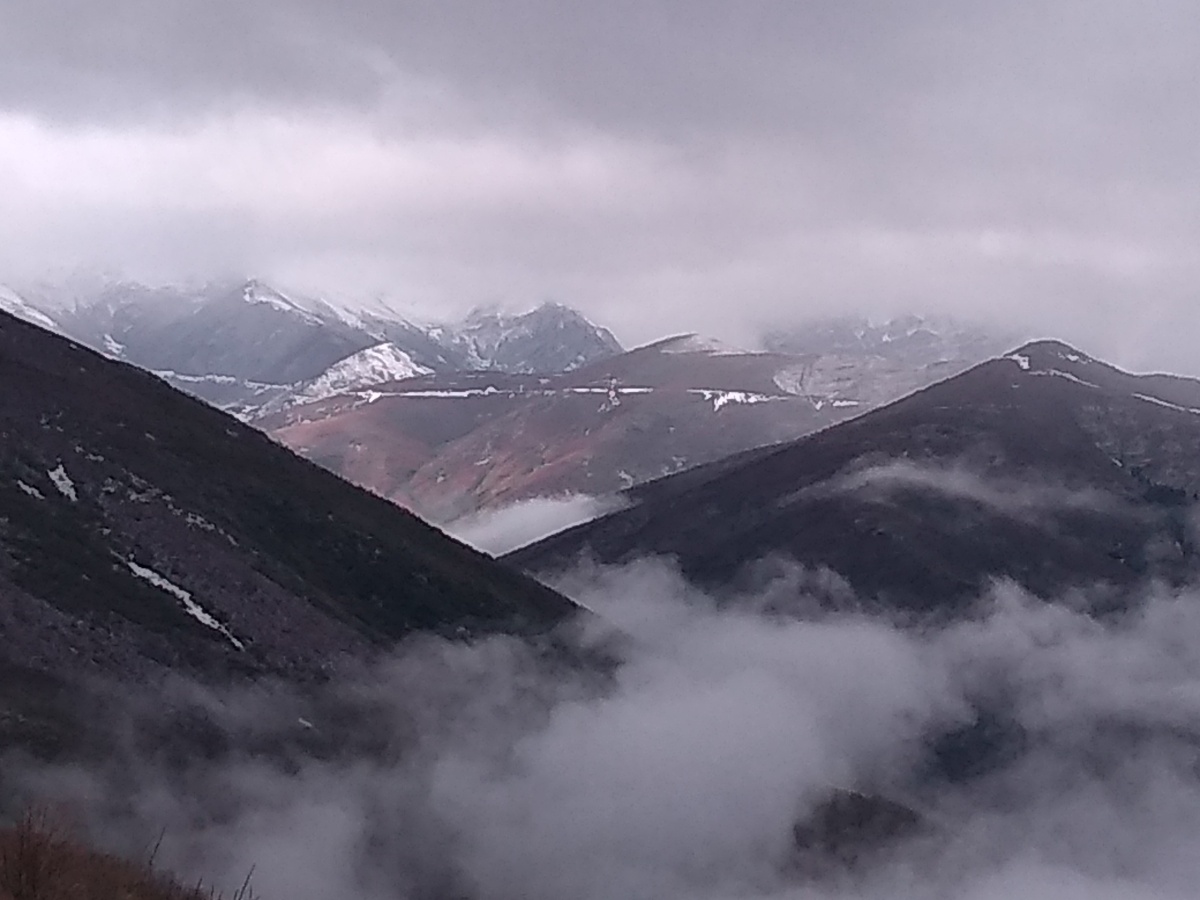 Macho Day continued as it had snowed over night and was snowing quite heavily in the morning.

After checking with the innkeeper, we decided to proceed along the roads as the trail’s markings might not be visible. In addition, the distance by road or trail to Cruz de Ferro was about the same (2.3km). Four other damsels wanted to group up as it was safer walking in numbers on the roads in snowing conditions. Only one vehicle passed by that early in the morning before we reached Cruz de Ferro.

Cruz de Ferro is 1504 meters, and the Iron Cross marks the highest part of the mountain pass. Many peregrino carry a stone which they leave at the base of the Iron Cross. The symbolism of the stone and act is up to the individual – it could be grief, troubles, worries, hopes, dreams, special intentions, etc. The stone is typically from one’s home country. We left some stones from Seattle, from the Transfiguration Church in Jerusalem and a stone picked up from earlier in our Camino walk.

Interesting observation – the mound of stones must be cleared every so often as there’s always space.

After waiting our turn (a crowd 10-12 were there when we arrived), here’s our moment!

We walked down the road and had amazing views of the snow draped surrounding mountains. We eventually walked onto trails which skirted the mountain itself for more amazing views. The trails were very walkable, some parts muddy, some rocky downhill sections where extra care is required. But this was a walk, a stroll that was truly priceless. While it was snowing, it was absolutely still (no chirping birds too).

Our group eager to take on this snowy morning. Neither rain, snow or sleet will deter us! 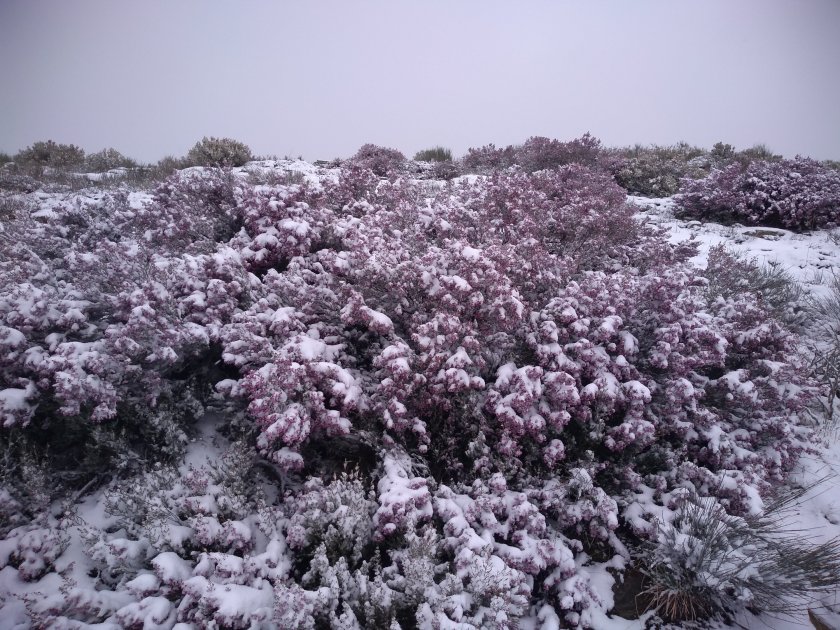 A merging of backgrounds.

We are above the clouds!

Here’s a set of panoramic pictures that I hope shows up well in WordPress.

Note the sun beam(s) poking through the clouds!

If we could, we would have lingered longer. But we did our best to walk in the moment vs walk with our minds on the next destination. It was never our objective to be the fastest Camino pilgrims. 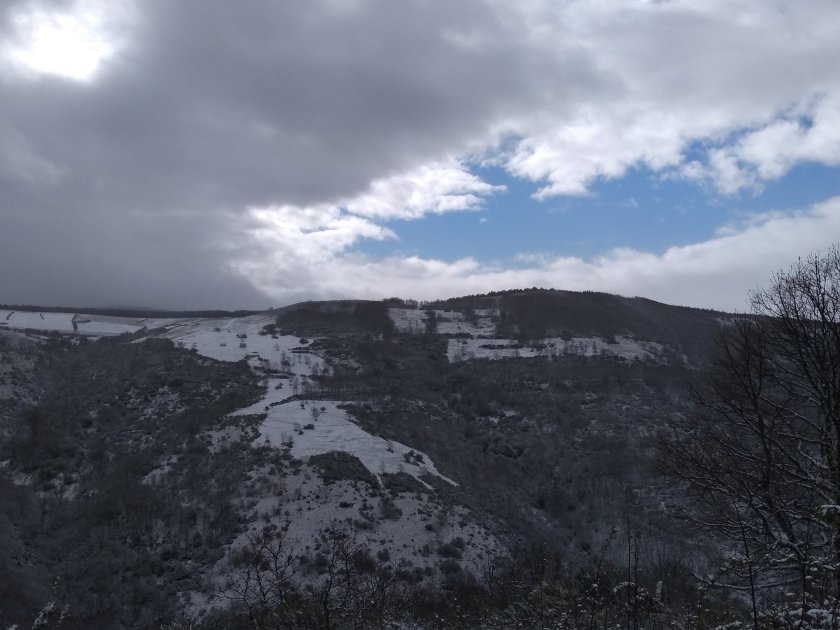 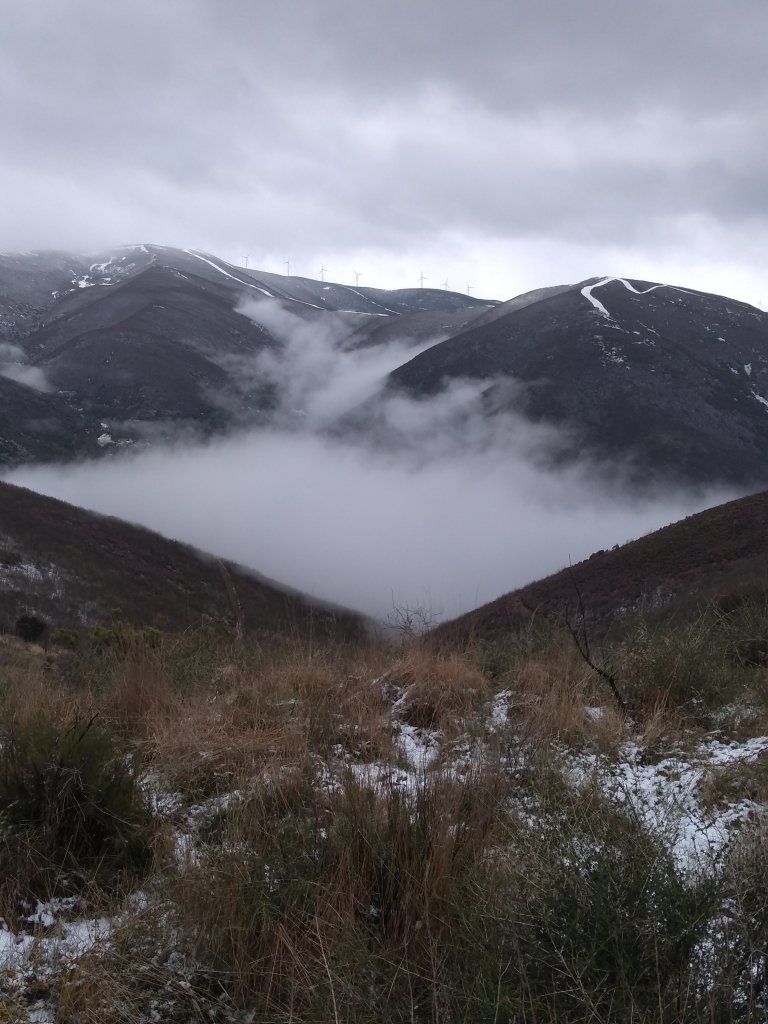 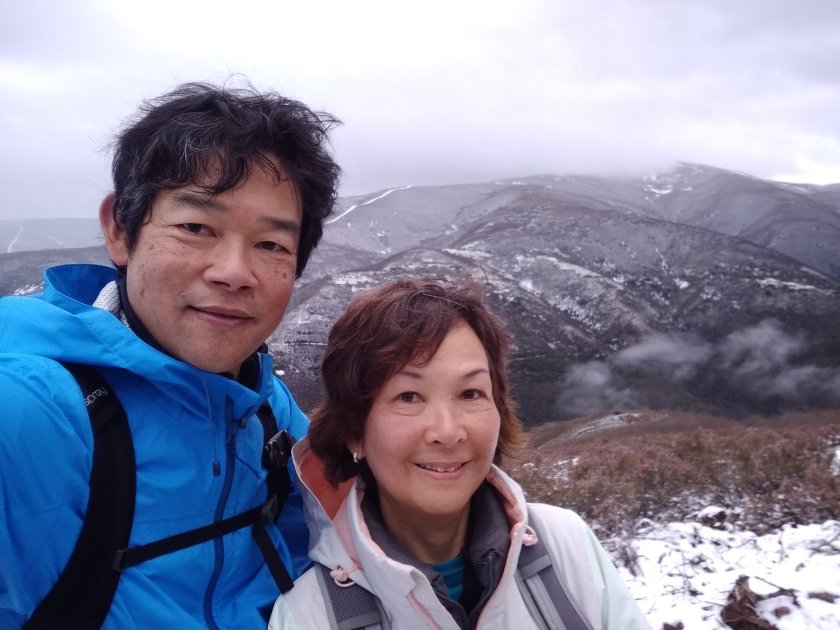 There was much less snow on the other side of the mountain as we descended. It rained rather than snowed.

Circumstances and a fortuitous weather pattern set today’s stage for an exceptional and unforgettable experience.

The Camino also has to lead to internal transformation as memory fades. Thus, it seemed natural that amidst all these beauty, that I was moved at one point to ask Joon, “How can I make our marriage happier?”. I encourage all husbands/partners to pose this question and listen. With two open ears, and one closed mouth!

After such a morning of exertion, we stopped for lunch at El Acebo. We met Elisa & Arturo, a Spanish couple doing the Camino. They live near Santiago, so, their Camino walk is really towards home!

I had to have this after seeing another diner. It’s ham, eggs and goat cheese on toasted bread. 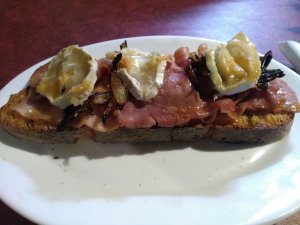 Arturo pointed this poster in the restaurant out to me! Babies have got it made. 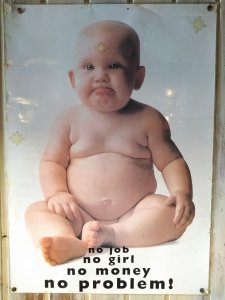 Molinaseca is a pretty town with this Roman bridge. 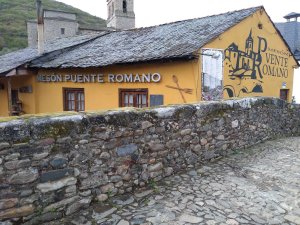 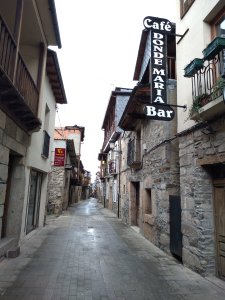 The 4 hours trek from El Acebo to Ponteferrada was one of perseverance. We did still see some beautiful landscapes. However, it wasn’t a matter of exhaustion as much as joint pain. After such an exhilarating mountain experience, a hot shower and a comfortable bed was something to look forward to.

So ends a day of wonder.

Post Script: To experience what we had would have meant a winter Camino, where the temperatures would be much colder and the snow piles higher! Isn’t today a miracle?